Forget the Kindle: The new Kobo Aura One is the greatest ereader of all time

Ereaders inspire powerful feelings. From their fans, intense love. From those who could never imagine reading a book on a gadget, a kind of revulsion.

And for a long time now the ereader market has seemed stuck.

All the major manufacturers offer identical six-inch screens from the same third-party manufacturer. It's genuinely hard to find substantial differences between Amazon's $100 and $290 devices. The last major innovation in the field is an E-Ink screen that lights up, and that's already a couple years old.

But now Kobo, Amazon's smaller Canadian rival, has built a device that — at least from a design perspective — will actually offer potential new ebook readers a reason to take the leap, and Kindle users a reason to jump ship. The Kobo Aura One is simply the best ereader ever made. 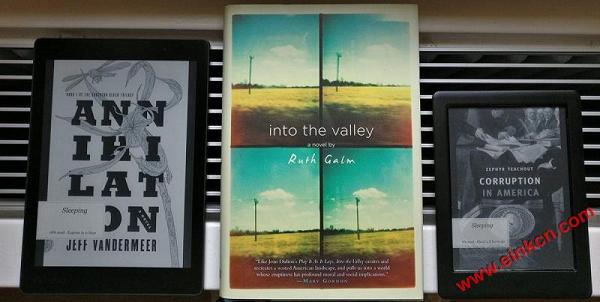 The Aura One's 7.8-inch screen is the largest and highest resolution display on any mass-market ereader you can buy today. That puts it right in the comfortable reading zone of a first-edition paperback, while most ereaders live in the mass-market paperback size range. (Like all ereaders, Kobo uses E Ink displays that move physical white and black particles around to mimic the look of a page of a book.) 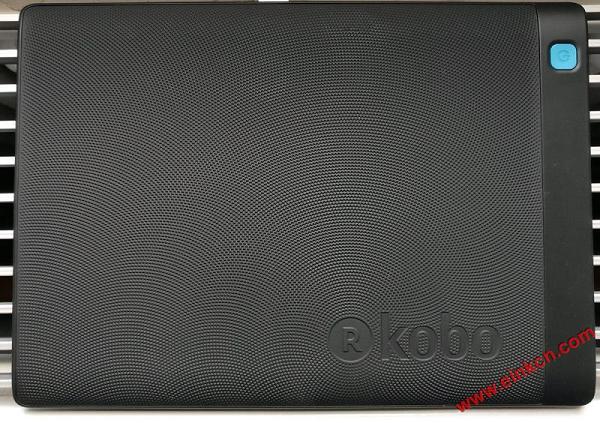 Despite the added size, the Aura One remains comfortable in the hand, with just a tenth of a pound of added weight over the six-inch Kobo Glo HD and six hundredths of a pound over the Kindle Paperwhite. The thin 6.9 millimeter profile and textured back help as well.

The Aura One does more than just out-compete earlier Kobos and Kindles on price though. Kobo has packed the device with a range of all new features that simply aren't available on rival devices.

Most impressive among these is the IPX8 waterproof frame, rated to two meters (about six feet) for up to an hour. Kobo's built a waterproof ereader before, the Aura H20, but the Aura One is lighter and much more comfortable to use than that clunky device.

I left mine in a bowl of water for about an hour and a half and it still worked fine afterward. Its screen wouldn't respond underwater though.

Next on the list of major innovations on this device: The built-in reading light adjusts to warm, sleep-safe tones at night, in the style of Apple's Night Shift feature for iPhones. I'm a night reader, and found it much easier to fall asleep reading the Aura One's reddish screen in the dark than the bluish light of the Kobo Glo. Right now, no other ereader you can buy does this. 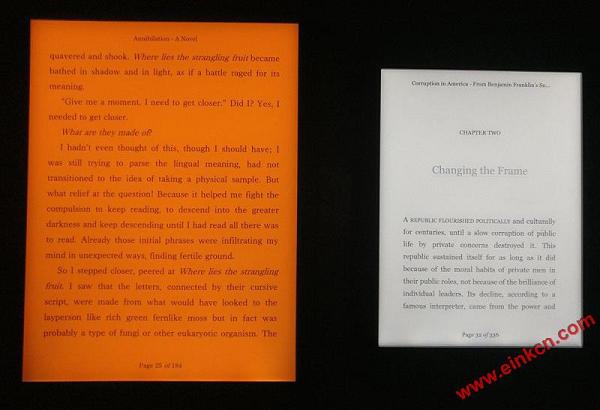 A Kobo Aura One adjusted for nighttime on the left, and a Kobo Glo with its light on on the right.Rafi Letzter/Business Insider

The Aura One's last standout feature lies in its software — though it's the only one I haven't had a chance to test. I've written before, back when there was no significant difference between the Kobo and Kindle lineups, that the main reason to go with the smaller Canadian company is thatKobo makes it easy to read books bought from independent bookstores and other third parties.

Now Kobo has built Overdrive integration right into its operating system. Enter your library card info, and when you search for a book you'll see the option to borrow it from your local library's ebook reserve if it's available. Unfortunately, this feature wasn't active during the review period. I'll update this post once it goes live.

The Kobo Aura One will retail from Kobo.com for $230 in the United States starting September 6.